Mad Catz® Interactive, Inc. (AMEX/TSX: MCZ), a leading worldwide third-party interactive entertainment accessory provider, today announced a full range of licensed Modern Warfare® 2 accessories for Xbox 360®, PLAYSTATION® 3 and PC, which are expected to ship across North America and key European territories with the release of one of the year’s most anticipated games in November 2009.

Developed by Infinity Ward and set for worldwide release by Activision Publishing, Inc. on November 10, 2009, Modern Warfare 2 is the sequel to the best-selling first-person action game in history, Call of Duty® 4: Modern Warfare®. The title is rated "M" (Mature) for Blood, Drug Reference, Intense Violence and Language.

The products expected to ship as part of the range include:

Complete with a host of features designed to customize the in-game experience, the Modern Warfare 2 Combat Controller has Rubber Grips and a soft-touch finish for extended gaming sessions. Featuring two unique buttons located on the rear of the Controller, players can re-map Action Button or Thumbstick commands empowering players to shift melee or sprint to the rear buttons in order to maintain full motion control on the analog sticks. Immersive Analog ThumbStick Backlighting enhances the in-game atmosphere while Dual Vibration Feedback allows the user to experience every shot and explosion. Lastly, the fully braided connection cable provides a robust and latency free connection with the console.

Based on authentic military design, the Modern Warfare 2 Throat Communicator allows gamers to comfortably communicate with teammates and other Xbox LIVE® players. Fashioned in authentic graphics, the unique microphone design reduces background noise and allows gamers to clearly communicate with each other, bringing them closer to the field ops experience. The Throat Communicator is fully compatible with the official Microsoft® controller as well as the Mad Catz Modern Warfare 2 Combat Controller.

Modern Warfare 2 Wireless Combat Controller for PLAYSTATION 3 utilizes a secure 2.4 GHz wireless link to connect with the console for accurate wire-free action. Featuring two unique buttons located on the rear of the Controller, players can re-map Action Button or Thumbstick commands empowering players to shift melee or sprint to the rear buttons in order to maintain full motion control on the analog sticks. The Controller features Immersive Analog ThumbStick Backlighting and an internal Rechargeable Battery that allows for charging directly from the console’s USB port and provides up to 60 hours of game play from a single charge.

Sophisticated, discrete and fashioned with Modern Warfare 2 graphics, the Headset for PLAYSTATION 3 allows for wire-free communication with teammates and PlayStation Network™ (PSN™) users. Featuring a high-quality, noise-reducing microphone, ideal for frantic game play, the Headset utilizes Bluetooth 2.0 wireless technology, and operates at a range of up to 30 feet from the console.

Fine-tuned for razor-sharp assault, the Modern Warfare 2 Sniper Mouse allows for precision in-game control. Instantly adjustable DPI (‘Dot Per Inch’) allows gamers to adjust the speed of the mouse cursor at any time, ideal for a multitude of missions and varying styles of play. A built-in weight cartridge allows gamers to add or subtract weights from the Mouse tailoring the feel for personal preference. Fashioned in fully authentic graphics, the Sniper Mouse is certain to be the weapon of choice for PC enthusiasts. Pre-programmed for Modern Warfare 2, the Mouse ships with software that allows gamers to reprogram the Mouse Buttons to suit their personal preference or for use with other software titles. The Sniper Mouse is compatible with Windows 7, Vista and XP.

The Modern Warfare 2 Combat Keyboard features ‘Anti-Ghosting’ in key action areas and a Windows Key Lock to prevent accidental disruption to game play. Easily accessible Media Keys provide instant access to volume control, play/pause and other essential media-related functions and a weighted base with strategically placed large rubber feet that prevent the keyboard from slipping off the desk. Pre-programmed for Modern Warfare 2, the Combat Keyboard ships with software that allows gamers to reprogram Function Buttons to suit their personal preference or for use with other software titles. The Combat Keyboard is compatible with Windows 7, Vista and XP.

Built on the successful ‘Cyborg™’ Keyboard platform, the Modern Warfare 2 Elite Keyboard is ideal for those who take their gaming seriously and will prove to be an essential ally in the field. Multi-Color backlighting, including adjustable brightness and ‘Tru-Vu™’ illumination, provides gamers with the ability to set ambient lighting, ranging from red through to amber and green. Touch-Sensitive Back-Lit Dashboard controls provide access to keyboard lighting and media functions. Further aiding in the custom nature of the keyboard, the WASD, cursor, ‘Cyborg™’ and NumPad keys can all be lit independently from the rest of the keyboard, allowing players to highlight keys commonly used in-game. One-touch ‘Cyborg’ mode instantly disables the Windows™ keys and adjusts the keyboard illumination to desired settings for simple set-up and no fewer than twelve Cyborg keys can be programmed to replicate any sequence of keyboard presses in a single button. Durable Metal-Plated key caps provide reinforced strength on the most commonly used gaming keys and gold-plated connectors for USB and microphone inputs allow other accessories to be passed through the keyboard without accessing the PC. Pre-programmed for Modern Warfare 2, the Elite Keyboard ships with software that allows gamers to reprogram Keyboard Buttons to suit their personal preference or for use with other software titles. The Elite Keyboard is compatible with Windows 7, Vista and XP.

Darren Richardson, President and Chief Executive Officer of Mad Catz commented, "This new range marks our first full line of licensed PC products launching alongside the console accessories. The Saitek and Cyborg names are brands respected by PC gamers worldwide and we believe that consumers will respond enthusiastically to these high quality licensed products. Modern Warfare 2 is one of the most anticipated software titles this year and we are excited to support it with a comprehensive range which is certain to enhance the gaming experience." 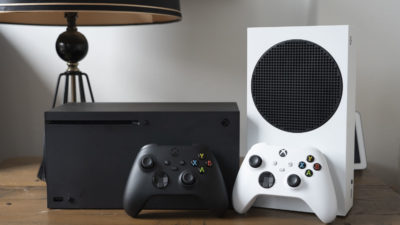 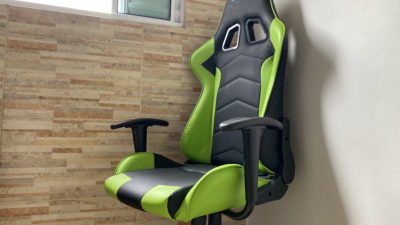 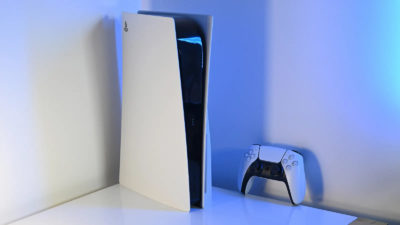